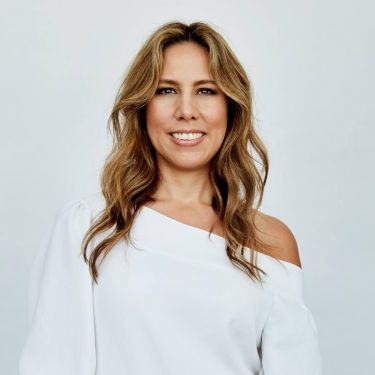 As an interior designer, Elle Cole sees more furniture in one week than most people see in their lifetime. Still, it took the Dallas-based Cole two years to find a cocktail table for her own home. That’s because Cole, and her team at Elle Cole Interiors, value the curator approach. Time isn’t a constraint, it’s a gift.

“I don’t like going into a client’s home and hearing them say I need an antique piece and I need it in a week,” says Cole. “Either you want fast, and you get what you pay for, or you want time and quality.” Cole is all about the latter. Her clients don’t prescribe to the mentality of a throwaway society. Hers are the clients who pick out a sofa and six years later, when they want a refresh, they still love it so much they decide to reupholster it, not replace it.

It’s refreshing to talk to a designer like Cole who doesn’t feel pressure to have artwork on the walls when a project is finished. Perhaps her patient approach has to do with her background. Cole, a Louisiana native who has been living in Texas since age 12, studied economics in college. In fact, she believes if she wasn’t in the design industry, she’d still be managing mergers and acquisitions. Today, she relies on her business acumen to run her design firm in a responsible manner. “We may not always like the numbers, but we know the numbers,” she laughs.

Cole’s career as a designer started six years ago, and hers isn’t a cookie cutter design school story. The self-taught designer first caught the design bug while working for an architect. Her architectural training is appreciated by her firm’s clients who get detailed CAD designs and 3-D renderings that go above and beyond what most designers provide. She’s also incredibly conscientious of a client’s bottom line. Still, being numbers-savvy doesn’t affect her ability to be creative. Cole is the kind of person who finds inspiration in the everyday things that many people go through their day without noticing.

Elle recently visited the Mecox Dallas emporium to shop her favorite finds, and many of the pieces shown here are her own personal selections. You can see more from her shopping spree courtesy of her video and why each piece caught her eye.

“Take a minute and embrace the nature around you. It’s astounding,” Cole suggests before going on to describe how something as small as a leaf can awaken ideas within. She recently got back from Napa where she drew from the colors of the vines and the soil they feed from. Given her appreciation for nature, it’s no surprise then that Cole’s answer to “Every home needs _____” is flowers.

Fresh flowers can always be found in the home Cole shares with her husband, their two kids and their two fur babies. When she’s not relaxing with her family, or competitive sailing—a sport she’s practiced since age 18 and the thing that makes her feel most alive—Cole is of course, working. This summer she was responsible for the rec room in the Hampton Designer Showhouse where she got to work with both Mecox Southampton and Mecox Easthampton. Currently, Cole’s work can be seen in the master bath and master closet of the Traditional Home Napa Valley Showhouse running through January 8.

Designing for showhouses is an honor, but what Cole finds most rewarding about her job is when a client thanks her for being a part of their life and calls her a blessing. “At that point, I know I’ve done my job, and I’ve done it well,” she says. Her job, as she defines it, is to elevate her client’s dream for their space. “We don’t want to change anyone’s mind. We don’t live in our client’s space. They do. Our goal is to take their vision to the next level.”

If that takes time, then so be it. After all, Cole believes that the best homes evolve over time, as the people who live there evolve over time. She readily applies the virtue of patience to other areas of her busy life. The avid reader knows 2016 is almost over and she still hasn’t found her “book of the year.”

“Right now I’m reading a bestseller called The ONE Thing by Gary Keller,” says Cole who goes on to explain how important it is to discover what your one thing is. When asked what her one thing is, Cole pauses, and then laughs. “I still don’t know. That’s why I’m reading this book!’